All these pieces are diptychs, measuring 22″ in height by 44.5″ wide. They are mixed media: charcoal and watercolor crayon. (The thumbtacks are collaterally visible because the photos were taken by me and I didn’t know enough to do something other than that.)

These are all pairs of Paintings, watercolor pencil and acrylic on canvas, 60″ high x total 24 inches wide.

These drawings are all 30 inches square.

These drawings are mixed media, pencil, colored pencil and ink, each 11 inches square. 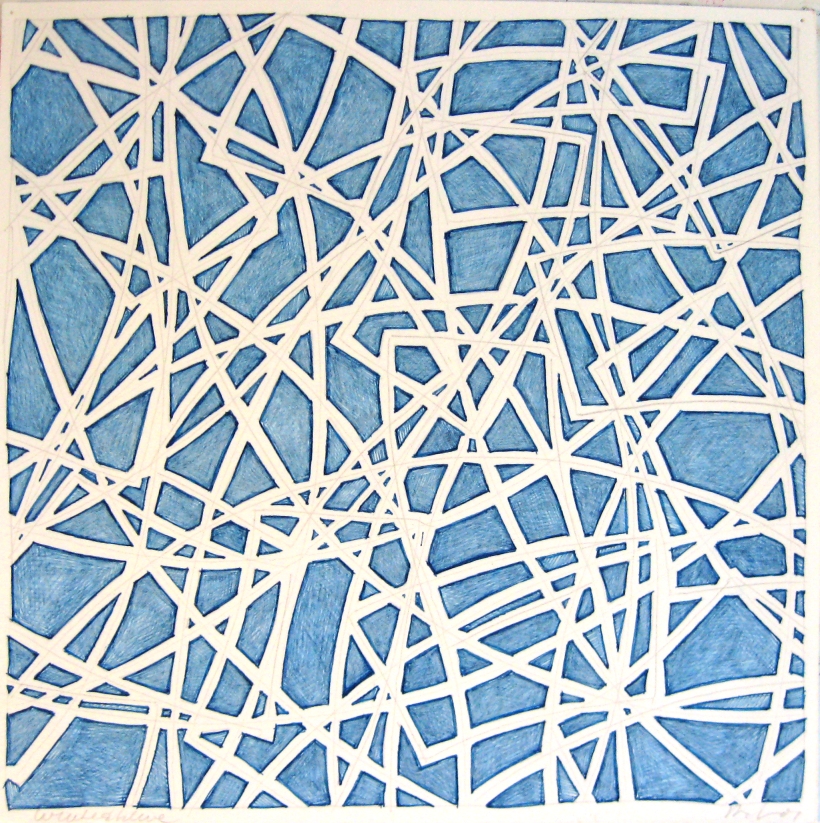 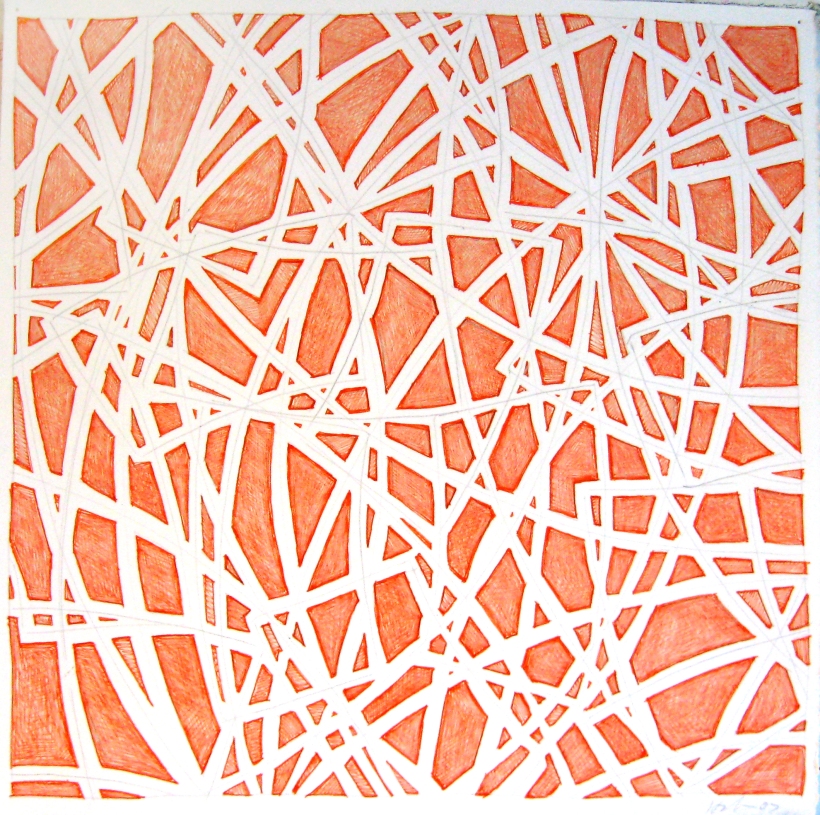 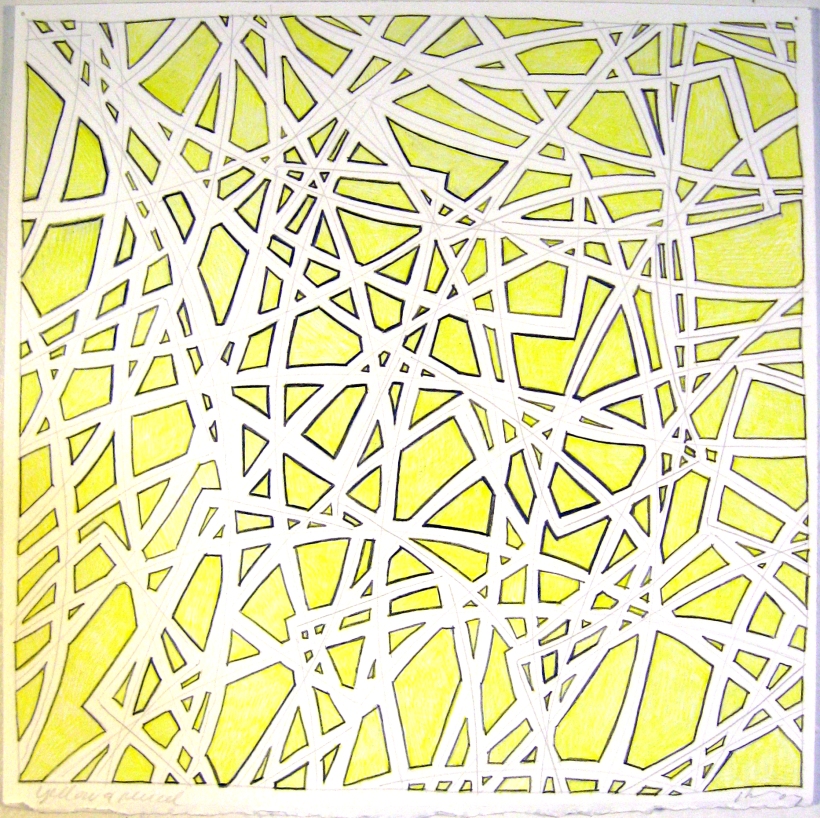 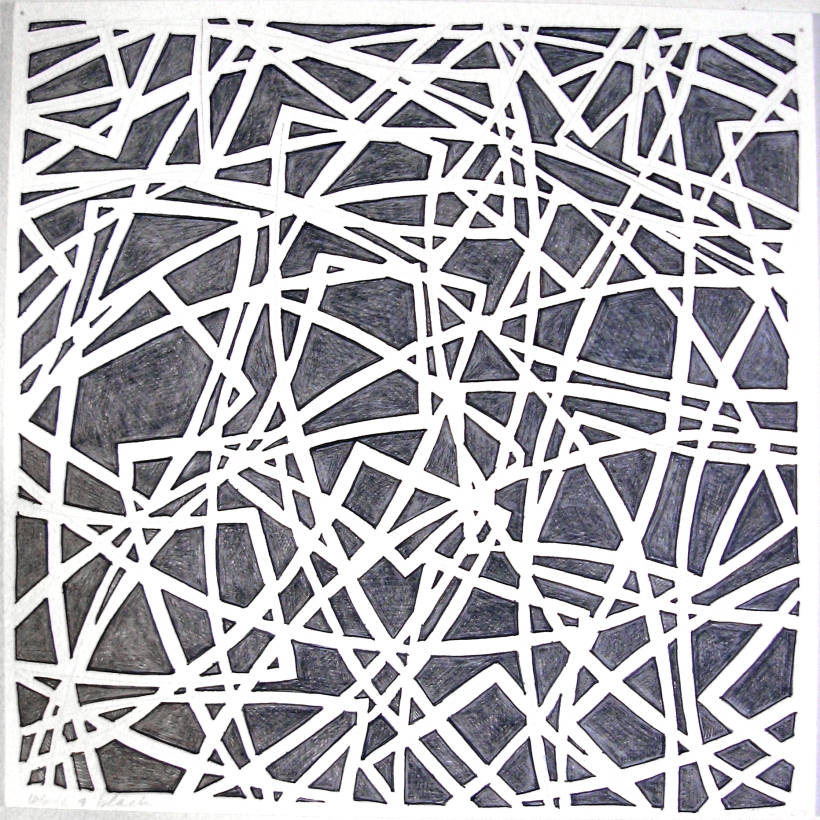 These are all 22″ in height x 60″ wide, watercolor pencil on paper. (The enlarged photographs show pushpins holding up the drawings. They are not a part of the art.)

These images show the installation of the piece, Naga #2, at the Embassy of Laos in Vientiane, going down the wall from left to right. The textiles are all Lao from different regions of the country. They were gathered at markets and from mills on my visits there.

Many of the small pieces of woven cloth are often incorporated into clothing as borders on skirts or jackets. Some of the large tapestries are used as hangings.  The horizontal center blue & Tai Daeng weave tapestry is an antique.

The black “line” is velvet cording, weaving in and out of the spaces between the tapestries. In some places, examples of the silk thread used in weaving the tapestries were stretched out to intertwine with the materials laid out on the wall. I used two thousand brass nails to mount the cording as well as the tapestries. At one point in the middle of the installation, I believed that I was going to run out of nails. So I decided to use the velvet in broad strokes taking it straight across the materials on the wall instead of curving it over or around the tapestries. To some, this falsely appeared as though I was holding up the tapestries when, in fact, it was a pragmatic decision to save the number of nails that I had left. The straight “lines” complement the angularity of the Lao designs; the textile version of the Naga is an example.

The title, Naga, is the name of the mythical dragon-like creature that protects the country. It lives in the Mekong River. Laos is not the only country which reveres the Naga.

These pictures are the only ones that were taken of the piece. I took them when I finished installing it. I take great risk in publishing them here. 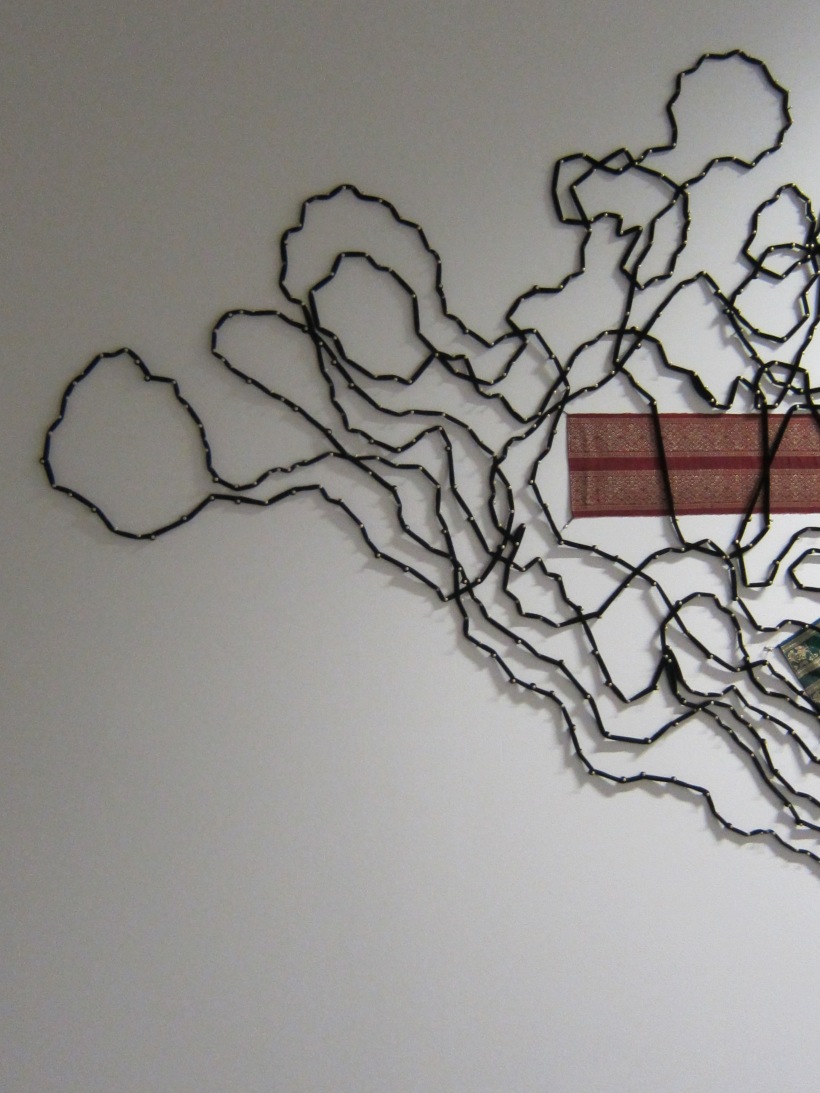 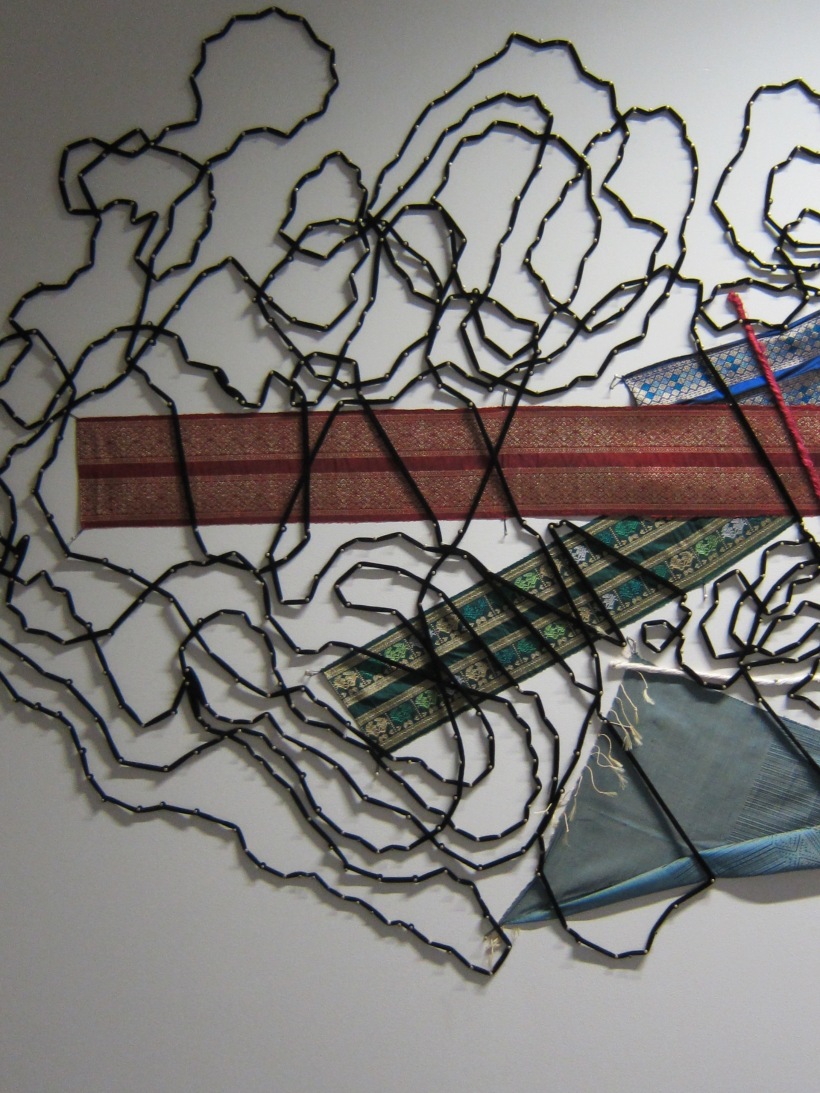 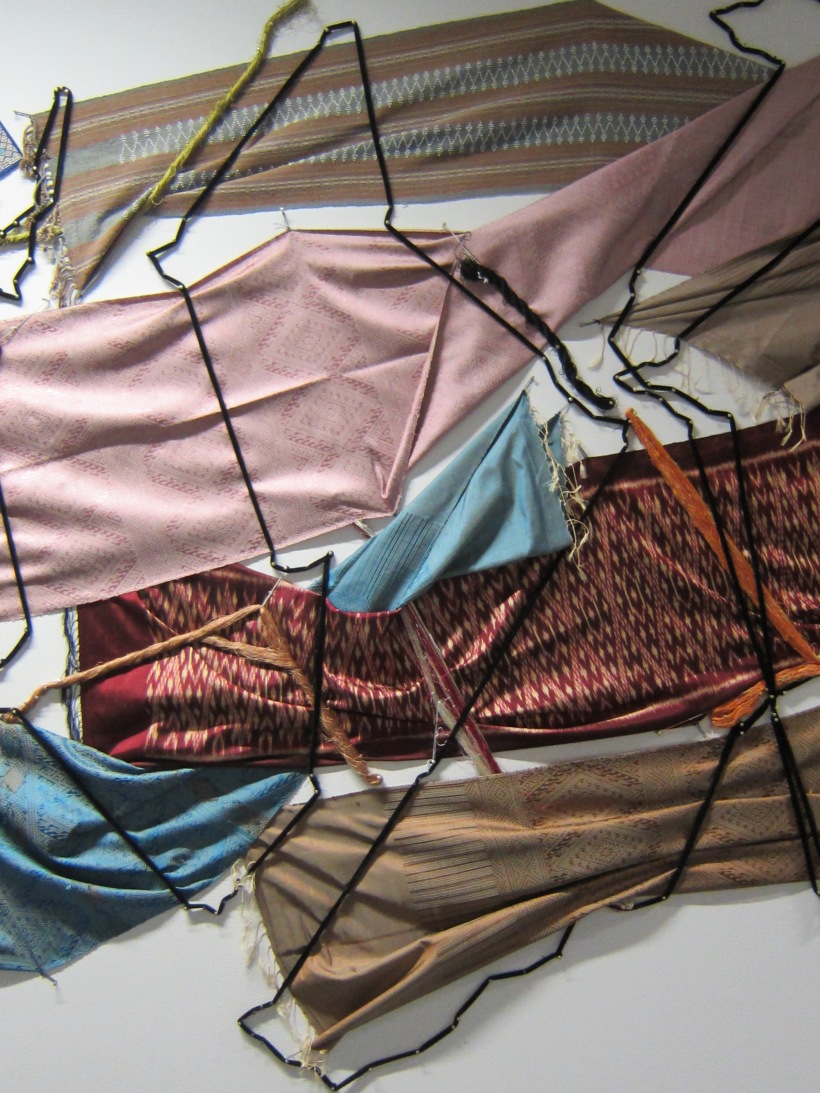 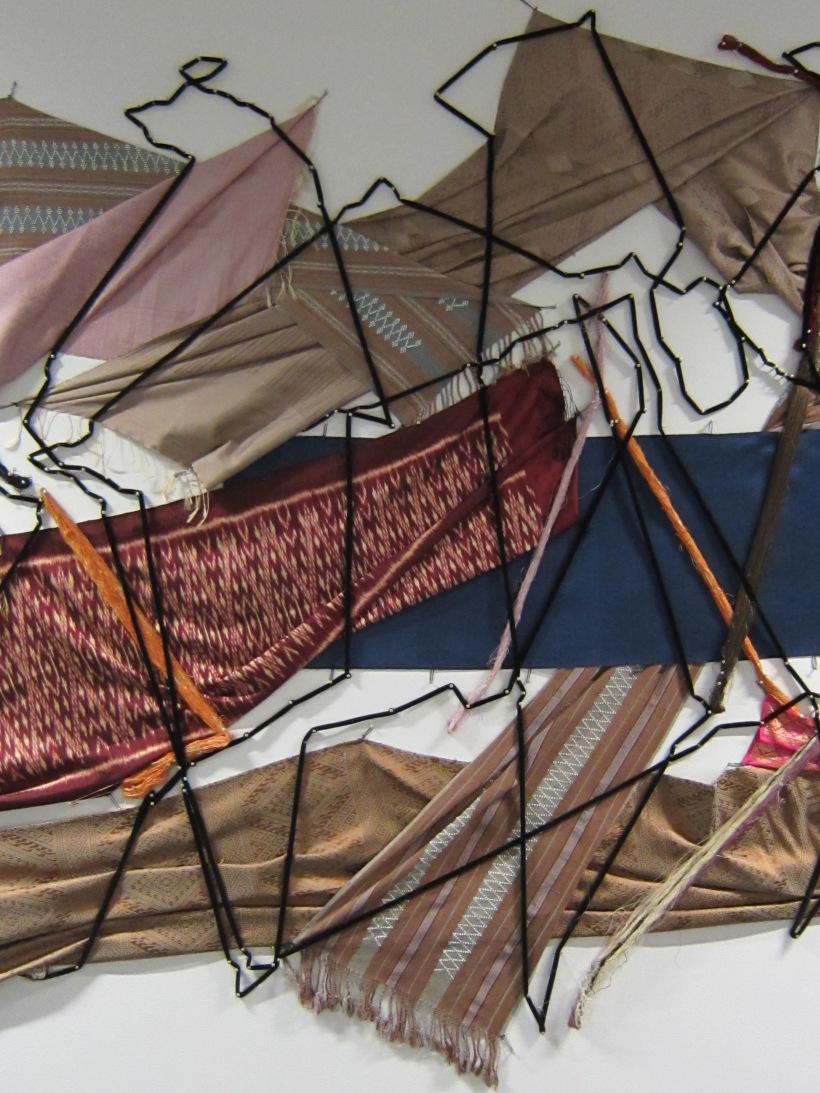 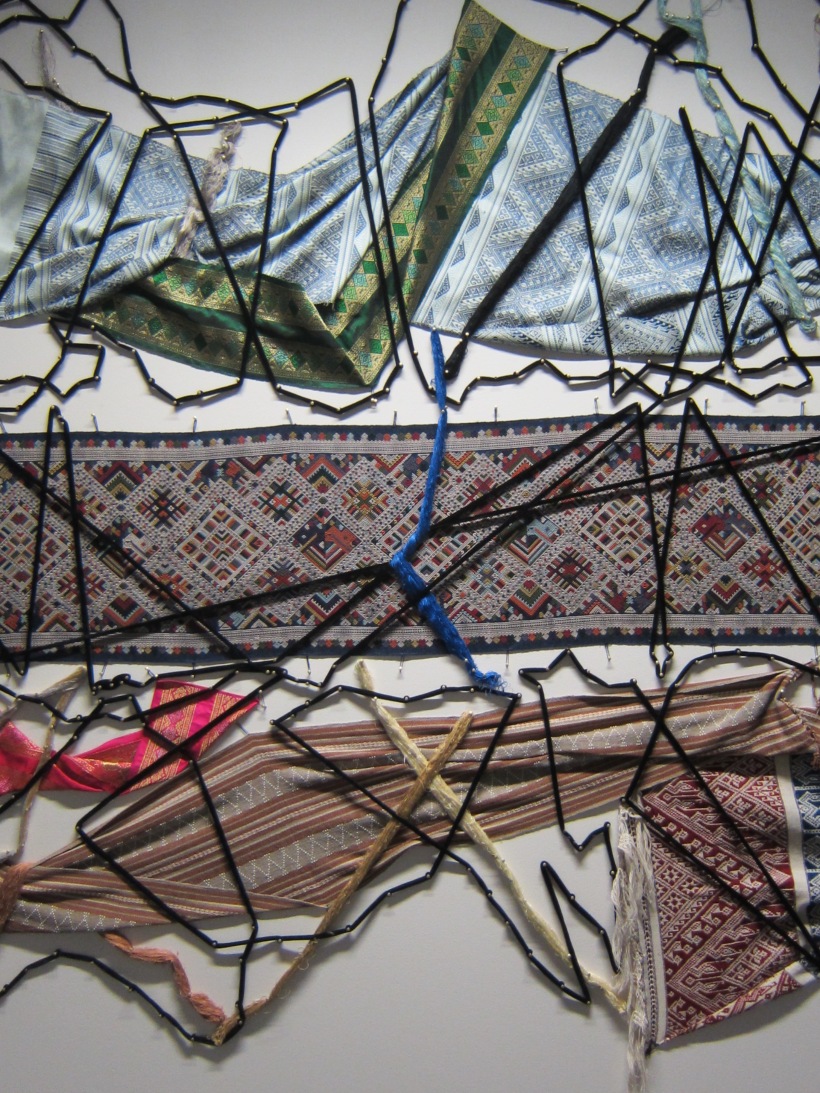 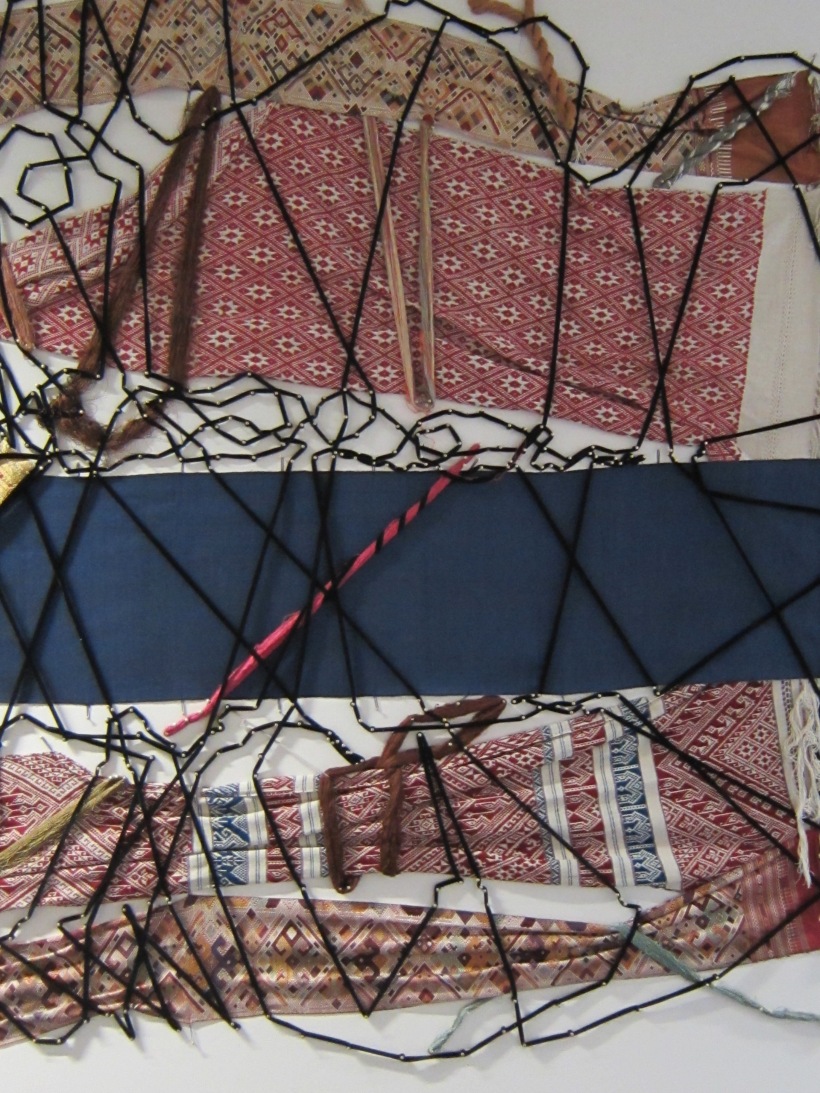 This drawing, entitled Parallel to Palladio, was installed in the office of the President of United Satellite Communications, Madison Avenue, New York, NY. The interior designer was Tom Mahoney, then working with GN Associates, New York.